World: The Future According to Mr. Clean (Energy) 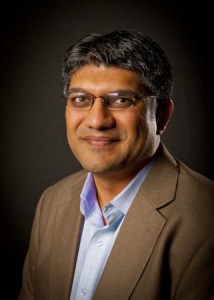 NEW YORK, Jan 23 2014 (IPS) – Jigar Shah likes math. It inspires him. After all, crunching numbers allowed him to convince wary investors of the money-making potential of solar energy, allowing him to ignite an industry that was crippled by roadblocks.

At that time, 10 years ago, he says, profit-hungry investors simply did not understand the extraordinary economic returns of green energy. But Shah knew there was a different way forward.

He is widely credited in green circles as breaking through the obstacles that blocked traditional financing of solar technology, unleashing an avalanche of activity in that sector. Later, as CEO of Richard Branson’s Carbon War Room, he planted the seeds for success of other green technologies.

And now he has graduated to running his own green fund, Clean Feet Investors, which seeks to provide significant returns from socially responsible investments in small to medium-sized renewable energy projects.

With Shah’s newly released book, titled “Creating Climate Wealth: Unlocking the Impact Economy,” he aims for no less than launching a new revolution and bringing the whole world along with him. His goal is to show that humans can fend off climate change with green technology and green jobs.

The formula is straightforward: “We can get to 10 trillion dollars and reverse climate change; we need 100,000 businesses that already exist to get to 100 million in sales each. If we do that between now and 2020, we can stave off the worst impacts of climate change,” he told IPS.

Shah’s proclamation is bold – he looks at climate change as the biggest financial prospect in mankind’s lifetime. In fact, he says it is the largest wealth creation opportunity on the planet. With his book, he wants to make people understand how mainstream capital can create a green revolution.

The book is a “how-to” guide, a basic primer that might be called a “Mainstream Capital for Dummies book,” he told IPS.

Shah wants to make the funding side of green more simple for laymen to understand, something he accomplished, as the book is readable and written at an eighth grade reading level.

The book is not an academic exercise, it is Shah’s personal narrative on his role in creating climate wealth, and how one person – with a great deal of help – can bring mainstream capital into industries, such as solar power. Shah adds that it is a book about his “lessons and screw-ups” and how his wisdom could be used and replicated.

Shah draws upon his experience as CEO and Founder of Sun Edison, where he figured out how to take solar technology, which had been around for years, and put it into the mainstream with proper funding. After all, the solar panel was invented in 1973 and had not changed much since then. His main contribution was convincing major financial institutions such as Wells Fargo, Goldman Sachs and J.P. Morgan to invest in the technology.

“They did not do so as a favour to me, they did it because it was in their best interest,” he told IPS. “We had a chicken and egg problem, but we were able to overcome it.”

Shah notes that today, the world spends 2.4 trillion dollars more for oil than it did in 1999, while at the same time household incomes have not gone up when accounting for inflation. This is a strong enough argument for alternative energy; in addition, people have to cut outside of their budget.

“People are in a lot of pain now, and solutions are desired for the consumer,” he said. He mentioned vehicle efficiency as a potential area of investment.

The book discusses potential opportunities and how to translate them into wealth. The key is in deploying mature technologies and releasing products into the market. There are cost-effective technologies that are ready to scale that are enormously profitable, he notes.

“It is true that in the U.S., there is no lack of money,” he said, adding that if you are a baby boomer, perhaps as you age, you are transitioning into lower risk investments. There is an opportunity for greater returns – for example, by investing in solar technology, which has a five to eight percent return.