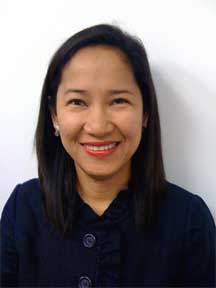 New York (IPS) – In October 2001, the United Nations Security Council endorsed a resolution recognising that women’s participation is essential to sustain efforts for peace in the world. But did the international body ever ask world’s women leaders to take part in the decision-making process?

Activists associated with a global coalition of women’s right activists say the answer is “no”.

“You cannot do anything [about peace-building] if women are not engaged in the decision-making process,” said Mavic Cabrera-Balleza of the Global Network of Women Peacebuilders, an umbrella organisation of over 80 rights groups across the world.

“If any policy is to be effectively implemented, you need to consult with women’s representatives,” she told IPS, after the group sent a letter to the U.N. Secretary-General Ban Ki-moon and other senior U.N. officials, as well as the member nations of the Security Council.

The letter was dated Jan. 7 and released to the media on Tuesday.

Its signers raised critical questions about the lack of women’s participation in the Council’s decision-making processes on issues related to international peace and security and called for the world body’s principle organ to match its words with deeds.

The Security Council resolution on women’s role in peace- building, known as UNSCR 1325, envisages participation of women at all levels of decision-making.

In its letter, the global coalition of women’s organisations welcomed the establishment of the new U.N. Women agency, but observed that the process of the recent adoption of the Council resolution 1960 was fraught with shortcomings.

“It speaks only of women as victims of sexual abuse during violent conflict and does not mention that if women were recognised as participants in decision-making, they would be less vulnerable to attack,” said the letter’s signers.

The coalition says if the U.N. leadership and its member states involved women “more systematically” in conflict prevention and resolution, “there would be a marked improvement in peace and security for everyone.”

The letter said that there was no crime “worst for women or men than rape, the trauma for which remains for a lifetime”. It further says that rape will be reduced in war time “only when greater efforts are made to prevent the violence, when more women are participating in decision-making.”

Cabrera-Balleza said it is “sad” that there are only three women in the Security Council. “That reflects institutional and structural imbalance,” she told IPS, referring to the gender inequality in the Council.

Currently, the three women ambassadors who are engaged in discussing on the international issues of peace and security come from the United States, Brazil and Nigeria. The other 12 diplomats on the Council are men.

In Belleza’s view, it is due to a lack of political will that women are not able to have their say in the international action and decision making on matters of war and peace.

“There is a lot of talk and no walk,” she said. “The member states must be required to report on [gender balance in matters relating to peace and security].”

When asked by IPS about the letter from women’s organisations, the spokesperson for the secretary-general, Martin Nesirky, said he would respond later after reviewing its contents.

The Security Council’s December 2010 resolution on women’s role in peace-building asks the U.N. chief to establish monitoring, analysis and reporting arrangements on conflict- related sexual violence, including rape in situations of armed conflict.

It also “encourages” the secretary-general to “engage” with the U.N. actors, national institutions, civil society organisations, healthcare service providers and women groups to exchange data collection and analysis of incident, trends, and patterns of rape in conflict situations.

But is that really being translated into action?

“If the U.N. member states, particularly those represented in the Security Council, are serious about their commitments to women’s equality and to stop rape and violence, they … would individually and collectively ensure to women their full participation in decision-making,” said Balleza.