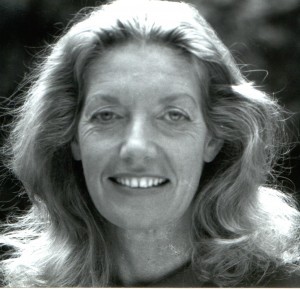 Hazel Henderson, president of Ethical Markets Media (USA and Brazil) and author of Mapping the Global Transition to the Solar Age and other books.

These earlier leaders converged on the two key issues that underlay human societies’ successes and failures. These are resource depletion and inequality, the deadly duo we now know have caused collapses of human societies through the ages. From Jared Diamond’s Collapse (2011) and Joseph Tainter’s The Collapse of Complex Societies(1990) to Daron Acemoglu and James Robinson’s Why Nations Fail (2013) and recent computer models, including HANDY (human and nature dynamics), confirm the effects of this deadly mix of inequality and resource depletion. Elites capture power over populations, insulated from feedback on their resource depletion until exhaustion of ecosystems or popular revolutions cause the collapses documented throughout human history.

Social change rarely comes from elites since those in power are insulated from the hunger, desperation, pollution and resource depletion their populations experience. Change comes from societies’ periphery, those marginalized, excluded, voiceless in policy discussions of governments and business.

Thus civic and voluntary associations, movements and protests become the vanguards of social change – often positive, but negative if ignored or suppressed. These ancient forces in human societies are rooted in our earliest experiences of dangers and risks and our responses to our fears: competing with other groups for territory, accumulating and hoarding resources – or more positive responses of bonding, sharing and cooperating as Charles Darwin saw as our evolutionary success.

Elites in Britain hijacked Darwin’s theory of evolution through natural selection and saw it as the “survival of the fittest” recast in The Economist by Herbert Spencer. The magazine apologized for its focus on competition and “this poisonous phrase” in December 2005 as I described in Ethical Markets: Growing the Green Economy (2006).

The NGOs leading the climate debate for decades include the Carbon Disclosure Project, now CDP, Rocky Mountain Institute, Natural Capital Solutions, Carbon Tracker and the Club of Rome of concientized and superannuated elites. Drivers are social and environmental justice groups, worldwide indigenous networks of ecovillages, local currencies, monetary reformers, ethical investors and, more recently, religious groups led by Pope Francis, followed by many others, including the movement Our Voices.

The official climate debates in the UN summits focused around the 1997 Kyoto Protocol, unfortunately captured by the economics profession into ineffective carbon markets and trading of pollution permits, offsets too easily gamed by financial players. While many reaped money rewards, these “markets” failed to reduce or even slow carbon dioxide and other GHG emissions.

The UN Climate Summit in Copenhagen in 2009 saw officials naming, blaming and shaming between Tier I countries which had achieved development on fossil fuels and their emissions and Tier II countries still seeking their own development. The stalemate was largely influenced by this Kyoto Protocol. The major possibility for agreement was left on the table: accelerating the global transition of all countries to low-carbon, renewable resource economies – beyond the fossil-fuel era to the next Solar Age.

Fast forward to Paris and COP 21, the NGOs are still leading the way with their many approaches to this transition to 100 percent renewable resource economies and the equally necessary inclusion of all in the coming green prosperity. They drove the agenda at Rio +20 in 2012 with Brazilian groups, the Rainforest Alliance, the Committee on Sustainability Assessment, World Resources Institute, Biomimicry Institute, the International Institute for Sustainable Development and many others.

The historic deadly duo: resource depletion and inequality are at last being addressed as the single issue for human survival and evolution. This deadly duo is central in the 17 Sustainable Development Goals (SDGs) ratified by the 193 member countries at the UN in New York, September 2015. This new inclusive development model supersedes the obsolete economic model measured by gross domestic product (GDP), its subsidies to fossil fuels and all pollution and social harm it treats as “externalities” omitted from business and government accounts. Even mainstream Wall Streeters are critiquing inequality in corporations. Hedge fund philanthropist Paul Tudor Jones, founder of JUSTCapital, is launching a JUST 100 Index of the fairest corporations. While 66 per cent of corporations now accept climate science, 95 per cent of them still belong to trade associations obstructing progress, according to InfluenceMap. At last, these past subsidies which caused global warming are being phased out.

Helio International’s HIFI tool for investors will help steer them to those countries most hospitable to Solar Age investments, mostly in developing countries.

NGOs can continue driving the debates at COP21 with their new allies and accelerate the great global transition now underway to the next economy, equality-based and powered by the daily free photons from our Sun.