Peaceful Transitions From The Nuclear To The Solar Age 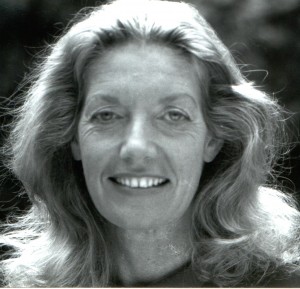 In this column, Hazel Henderson, futurist and economic iconoclast, argues that today’s systemic breakdowns are producing new plans and breakthroughs long-proposed by futurists and planetary citizens.

Breakdowns in our current institutions now cause daily crises and are, as always, driving new breakthroughs as humans seek new solutions.  Stress has always been a tool of evolution – as recorded in the 3.8 billion years of life forms on our home planet.

Today’s crises are all consequences of our former myopic technological and social innovations addressing short-term problems without anticipating their system-wide longer-term effects.  This is how I became concerned about how human burning of fossil fuels and digging in the Earth for our energy which led me to join the World Future Society in the 1960s.  I was then leading an effort to clean New York City’s polluted air, living close by a huge coal-burning power plant pumping smoke and soot into the play park where I and other mothers watched our infants.

Fast forward to 2014, and I’m still a card-carrying futurist and on the Planning Committee of the Millennium Project which tracks our human family’s 15 Global Challenges.  Our latest State of the Future Report 2014 tracks where we are progressing and where we are falling short in addressing these challenges: sustainable development and climate change; water; population and resources; democratisation; long-term policy making; globalisation of information technology; rich-poor gap; health; decision-making capacities; conflict resolution; improving the status of women; transnational organised crime; energy; science and technology, and global ethics.  This Millennium Project has participants from academia, government, civic society and businesses in fifty countries.

“Political will in many countries is still hostage to special interests, lobbying and money from these legacy sectors and their perverse subsidies”

At the same time, Daisaku Ikeda, also my esteemed co-author of Planetary Citizenship, leader of SGI’s 12 million members, outlines his annual Peace Proposal for 2014, as he has done since 1983. Ikeda, born in 1928, is one of the world’s most distinguished global citizens.

Ikeda’s Peace Proposal 2014 – Value Creation for Global Change: Building Resilient and Sustainable Societies – engages  United Nation issues: moving beyond the 2000 Millennium Development Goals (MDGs) to the Agenda of 191 countries in Rio+20 in Brazil in 2012, as Sustainable Development Goals (SDGs).  These now embrace the transition from fossil and nuclear energy to the more decentralised, cleaner, greener, knowledge-richer, green economies now under way.  I came to similar conclusions in my Mapping the Global Transition to the Solar Age (2014). Retiring human uses of fossil fuels, uranium and nuclear power plants and weapons is now feasible with current technologies as outlined in many reports covered in the 2014 Green Transition Scoreboard®.

Political will in many countries is still hostage to special interests, lobbying and money from these legacy sectors and their perverse subsidies. Civic movements worldwide are pressuring pension funds and university endowments to divest from fossilised sectors and shift to cleaner, greener, more sustainable investments.  Veteran financial experts, including Jeremy Grantham and Robert A. G. Monks, now join these critics, along with asset managers offering “fossil-free” portfolios which often outperform dirtier assets. As nuclear power plants are being decommissioned in the United States and Europe due to cheaper wind, solar and efficiency alternatives, many in Asia are still planned, even in China which now leads the world in solar energy.

Huge conceptual breakthroughs are needed to shift old paradigms and theory-induced blindness. One such is the rapidly developing proposal “Iran Goes Solar” by the Planck Foundation for Iran to end run the entire political debate about its right to develop civilian nuclear power. This could bypass all sanctions, Israel’s concerns about another nuclear weapons state in the Middle East and “electrify” the upcoming United Nation Conference on the Nuclear Non-Proliferation Treaty (NPT).

While Ikeda rightly calls for a “non-use” agreement under NPT, the Planck Foundation’s plan is a paradigm shifter. Iran could accelerate its transition from both nuclear and fossil fuels by immediately acquiring blocks of shares in China’s solar energy companies and then purchasing as many of their solar panels as possible. This is already a much cheaper alternative to building nuclear reactors or fossil fuel power plants.

Iran’s bountiful oil reserves would stay underground as valuable feedstocks for industrial use rather than burning them, a plan I proposed in the NBC-TV Today Show in 1965!  Details of the Planck “Iran Goes Solar” plan also call for expanding rail services on the Silk Road to China, greening desert lands with salt-loving plants as in their DesertCorp plan for expanding seawater-based agriculture in many desert regions.

Today’s breakdowns are indeed producing the new systemic plans and breakthroughs long-proposed by futurists and planetary citizens. All these plans for our common future and green economies are covered by Ethical Markets Media(United States and Brazil), but often overlooked in mainstream media. (END/COPYRIGHT IPS)

* Hazel Henderson is the president of Ethical Markets Media (USA and Brazil) and creator of the Green Transition Scoreboard®.